Have A Question?
No Result
View All Result 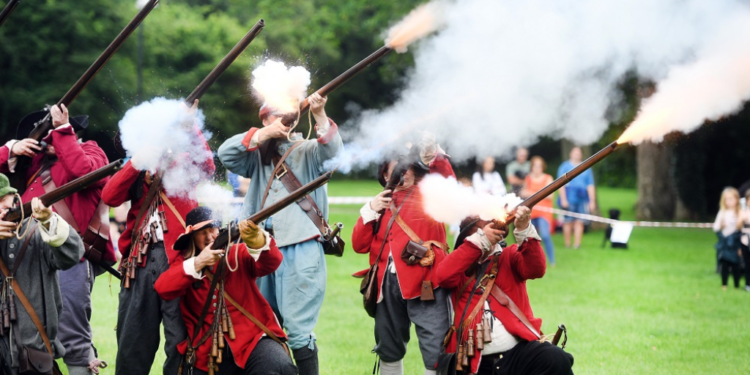 Each afternoon there will be intense conflict as the Royalist and Roundhead Armies clash in Battle on Monkton Park with over 400 Pikemen, Musketeers, Gunners, and Cavalry all taking part. This event, inspired by a dramatic moment in Chippenham’s history will prove to be a massive weekend of Entertainment, Excitement and Education by the English Civil War Society.

This is a free event staged by the English Civil War Society in partnership with Chippenham Town Council. 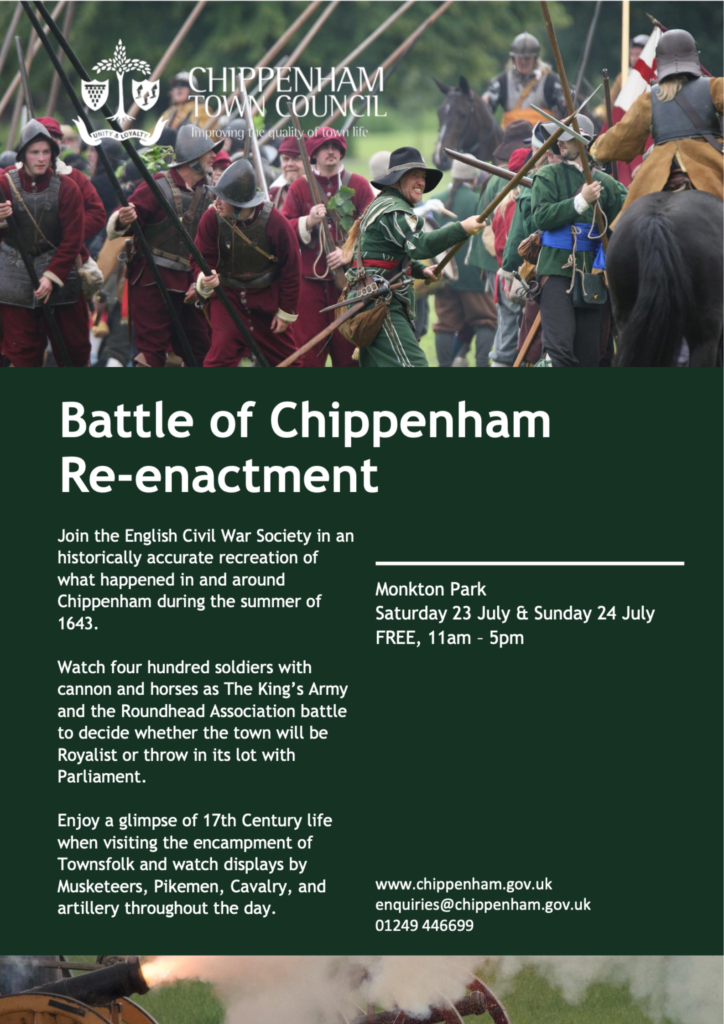 As in 1643, Chippenham Village will also be occupied by Royalist soldiers from Sir Ralph Hopton’s army marching from the hard-fought battle at Lansdown Hill near Bath. Soldiers and Officers will be working at their Military Encampment while expecting a visit from their General Sir Ralph. A Regiment of Foote, Cavalry on Horseback, and Cannon will be taking part in further displays through the day for Visitors to see on Monkton Park.

There will be a large and thriving encampment and tented village on The Island, Monkton Park, where 17th Century trades and crafts will be demonstrated by the townsfolk and including a working printing press giving out the latest newssheets with tidings of the war and other news. Here the re-enactors will be happy to meet visitors, explain their work and to share stories about Chippenham’s role in the English Civil War.

Check out the full timetable giving details of all the Displays through each day: – 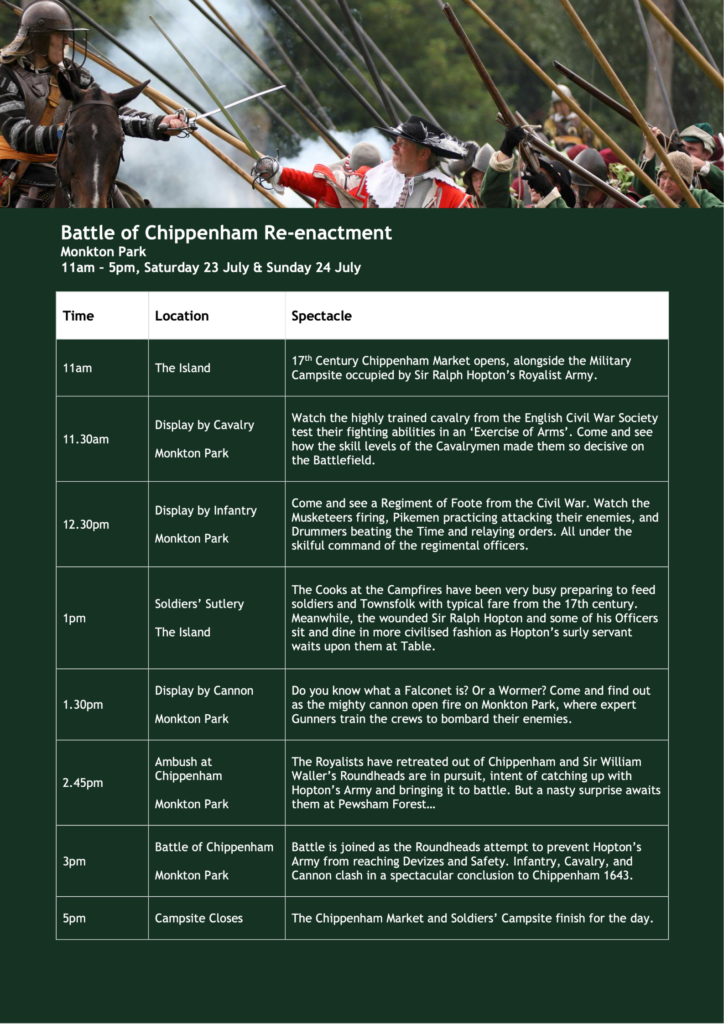 Schools Out for Summer

Schools Out for Summer

Browse more of our categories

No Result
View All Result